If you’ve never tried a mangu recipe before, you’ve been missing out! I don’t know where this dish has been all my life but I get why it’s so loved. This dreamy Dominican-inspired recipe is mainly made of mashed plantains and it is a very warm gooey comforting dish. Surprisingly, it tastes so much like mashed Yukon gold potatoes. When I went about making this recipe, I wasn’t thinking about making an AIP mashed potato substitute but that’s basically what this is!

My husband and kids thought they were potatoes until I revealed the actual ingredients. This works well as an awesome AIP side dish or breakfast and doesn’t require many swaps from the typical ingredients used for mangu recipes. Additionally, this dish is Paleo, Whole30, Gluten-Free, and Vegan.

I used this as a component for my AIP Shepherd's Pie. 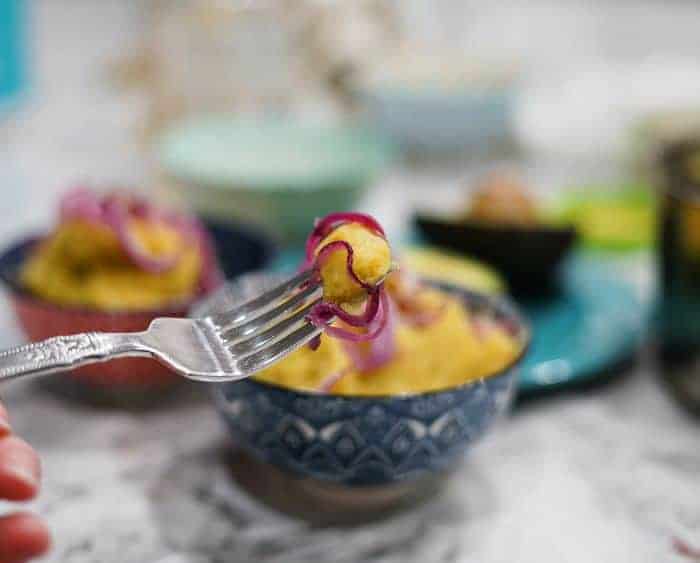 Mangu is a popular Domincan dish often eaten for breakfast. It’s traditionally made from boiled mashed plantains, water left over from boiling the plantains, oil, and salt, topped with caramelized onions.

While it’s a popular breakfast dish, it can really be eaten for any meal and makes a wonderful side dish.

As mentioned above, Mangu is a Dominican dish made from green plantains that have been boiled and mashed, then combined with water, oil, and salt. Mofongo is a popular Puerto Rican dish, also made from green mashed plantains. Mangu and Mofongo are very similar dishes but they have one distinct difference. The difference with Monfongo is that the plantains are fried rather than boiled before they’re mashed.

Luckily, they are not. This is why they make such a great alternative for white potatoes which are nightshades.

Can You Eat Plantains on an AIP Diet?

Yes! They are Paleo and AIP friendly and they have a ton of great uses. Aside from being perfect for mangu recipes and AIP mashed potatoes, plantains can be made into chips, fries, breads, cookies, "noatmeal", etc. If you struggle to tolerate various AIP and Paleo flours, plantains are a fantastic tool for so many recipes. 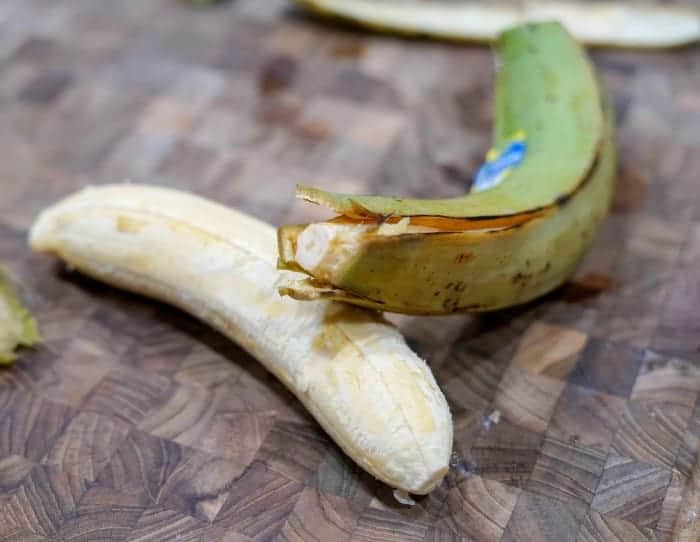 How Do You Cut Plantains?

There are different ways to do this but here’s how I did mine:

Do You Have to Remove the Seeds From the Plantains?

No, it’s a personal preference.  However, it does make for a smoother mangu if you remove them.

How Do You Make Mangu? 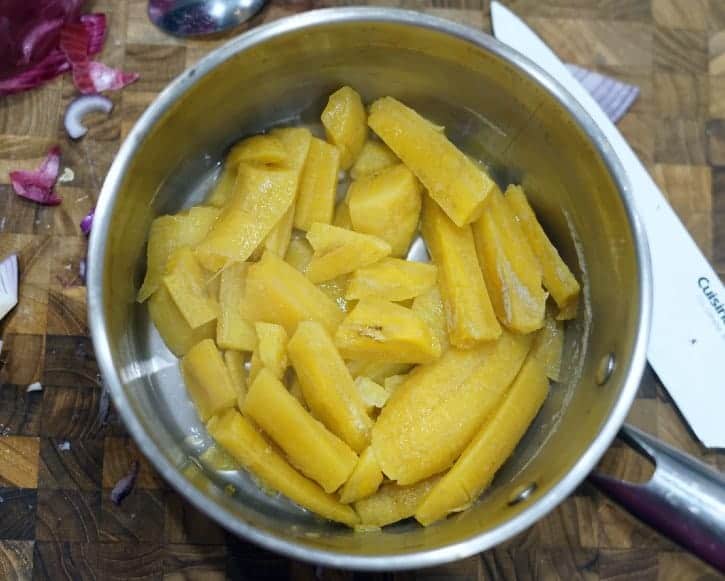 How Do You Make Mangu Smooth? 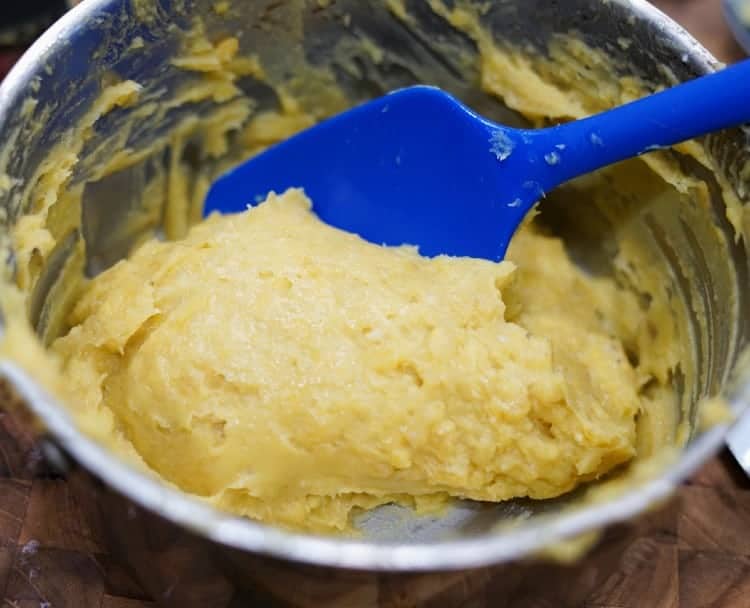 AIP Friendly Foods to Serve with This Mangu Recipe

Consistency: The consistency of mangu is completely a personal preference. With mashed potatoes some people like smooth, and others like them lumpy. Similarly, people have their preferred way to eat mashed plantains.

Be Patient- Allow the plantains to boil for long enough to get nice and tender. This will make them much easier to mash. Take out a test piece to check for tenderness before draining the water.

Plan Ahead- As mentioned above, it’s important to use green plantains for mangu so it doesn’t turn out sweet. When you buy the plantains, buy them extra green and plan to use them within a couple of days as they tend to ripen pretty quickly.

How Long to Store Mangu in the Fridge

This dish will stay fresh in the fridge in an airtight container for up to about 3 days.

Can You Reheat Mangu?

Yes, just heat it on the stove or in the microwave. Mash as you reheat and add a little liquid as needed just to soften it. If you're a fan of the cute little bowls in this post, Amazon has a ton of different ones. They're so fun!

Get Them on Amazon

Get Them on Amazon

Other Foods That Work as AIP Mashed Potato Alternatives

I hope you enjoyed this post. If you tried this mangu recipe: Do you think it works well as an AIP mashed potato option? I'd love to hear your thoughts! 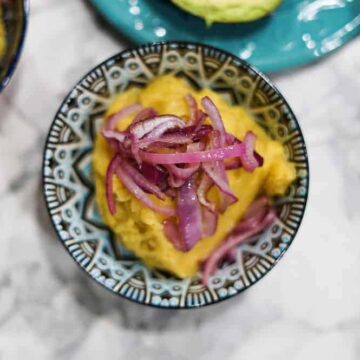 Storage: This dish will stay fresh in the fridge in an airtight container for up to about 3 days.  To Reheat: Heat it on the stove or in the microwave. Mash as you reheat and add a little liquid as needed just to soften it.